Julie Gerberding was in charge of the Centers for Disease Control and Prevention (CDC) from 2002 to 2009, which includes the years the FDA approved the Merck Gardasil vaccine. Soon after she took over the CDC, she reportedly completely overhauled the agency’s organizational structure, and many of the CDC’s senior scientists and leaders either left or announced plans to leave. Some have claimed that almost all of the replacements Julie Gerberding appointed had ties to the vaccine industry.

Gerberding resigned from the CDC on January 20, 2009, and took over as the president of Merck’s Vaccine division, a 5 billion dollar a year operation, and the supplier of the largest number of vaccines the CDC recommends (article here).

It was reported earlier this month that Dr. Gerberding, now the executive vice president of pharmaceutical giant Merck, sold 38,368 of her shares in Merck stock for $2,340,064.32. She still holds 31,985 shares of the company’s stock, valued at about $2 million. (Source.)

Besides examples like this showing a clear conflict of interest between government agencies tasked with overseeing public health and vaccine safety and pharmaceutical companies, the National Institute of Health also holds patents on vaccines such as Gardasil, and earns royalties from the sale of vaccines.

Dr. Eric Suba tried to use the Freedom of Information Act to find out how much money the National Institute of Health (NIH) earned from the sale of Gardasil, but they refused to report the amount of revenue the government earns from this vaccine (although not denying they do earn royalties). Did you know that the government earns royalties from the sale of the Gardasil vaccine? Does your doctor promoting the HPV vaccine know this? 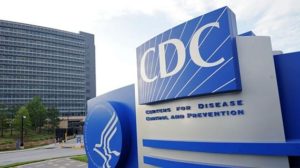